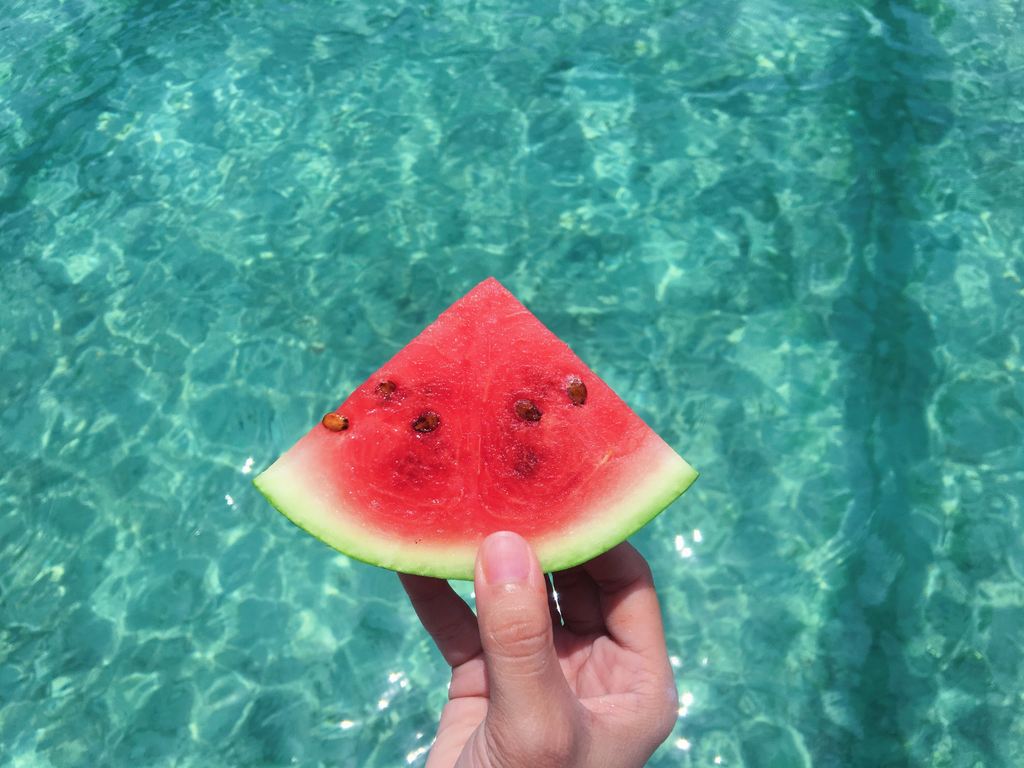 The ultimate refreshment with a cold summer watermelon soup

A well thought refreshment is always helpful when you’re looking for some shade and exciting summer delights. Since our appetite decreases during the summer and our drive for culinary experiments subsides, it’s advised to stick to proven seasonal ingredients.

Summer ingredients are most commonly eaten fresh, which most certainly makes the preparation a less daunting task. Watermelon is by far one of the most refreshing ingredients during this blistering heat. Cold watermelon is often the main reason why we look forward to our family get-togethers and dinner parties. Its pink-red decorative colours and cheerful striped green rind make it conducive to decorating your summer dining table.

One of the chief misconceptions regarding watermelon is that this is a type of fruit. This is actually a vegetable belonging to the same family as cucumbers and courgettes. Considering that watermelons have a high water content, their calorie count is pretty low so you needn’t worry about the servings that will definitely not result in you putting on extra weight. Watermelons are very nutritious. They are a potent antioxidant and rich in vitamin C and beta-Carotene, both of which are extremely important during sun exposure.

Relishing watermelons and its derived specialities is not region-specific. Still, watermelons thrive best in southern Dalmatia because they require plenty of sunshine and large quantities of water. Farmers in and around the Neretva River benefit from ideal conditions, but there are a couple of watermelon farmers in the vicinity of Zadar. Recognising fresh watermelons is extremely important when making a purchase. Ante Knežević, restaurant manager at Zadar’s tavern Bonaca revealed the technique of obtaining fresh watermelons for his kitchen.

Fresh watermelons have a distinct scent, colour and shape. Home-grown watermelons usually have an irregular shape. Once you cut them open, they have an intense red colour, a nice smell and contain numerous pips spread throughout the inside.

Try tapping on the rind in order to find fresh watermelons. If there’s a sign of hollowness, then you got yourself a ripe watermelon. Watermelon is most often prepared fresh. You can use it to make different fruit salads, but it also works great in salty salads that can function as a nice starter or a light meal. When used in salads, watermelon goes great with rucola, salty cheeses, olives, shrimp and nuts such as walnuts or almonds. Pine nuts will also do just fine. You can also serve salads in watermelons due to their charming colour. At restaurant Verglec in Varaždin we discovered an interesting refreshing meal. Namely, cold watermelon soup. Head chef Mirela Sokol came up with this original idea. Chef Nikola Blaže walked us through the recipe and preparation. You’ll love this soup because it’s done in under twenty minutes and there’s no cooking involved.

This is the first time we’ve included it in the menu. We wanted to provide our guests with seasonal dishes and watermelon is an indispensible summer ingredient. To prepare the soup, you’ll need diced watermelon, onion, red peppers, cucumbers, tomato, chilli peppers and garlic. You’ll also need to add some fresh basil and lemon or lime juice. You mix all the ingredients in a blender so that you get a thick soup which is then served in a glass with fresh basil leaves. It’s vital that the soup be served cold – he points out.

You can try out this cold watermelon soup at Verglec until early September. So far guests have only words of praise. Watermelon can be used in virtually every course. But we love them most when they’re used in desserts. Watermelons can be used to make ice-cream, sorbets and granita. Restaurants also tend to serve it sliced separately and fresh as part of their fruit offer. At tavern Bonaca they add watermelon to their cup Bonaca, which is a true summer fruit salad. They also add sliced Maraschino sour cherries, nectarines, melon and watermelon. Finally, this fruit mixture is poured over with Maraschino. Nikola Barbir, manager at Dubrovnik’s restaurant Tavulin revealed their fruit salad recipe.

The fruit is sliced into cubes. Depending on the season, we also add apples, kiwis, strawberries, oranges, blueberries and, of course, watermelon to the salad. Once the fruit has been sliced, we add some Maraschino and sugar. Then we serve it with a Mascarpone cream and fresh mint. The salad should be kept cold at any time and shouldn’t be left to stand for a long time. That’s why we prepare it twenty minutes prior to it being served – Nikola says.