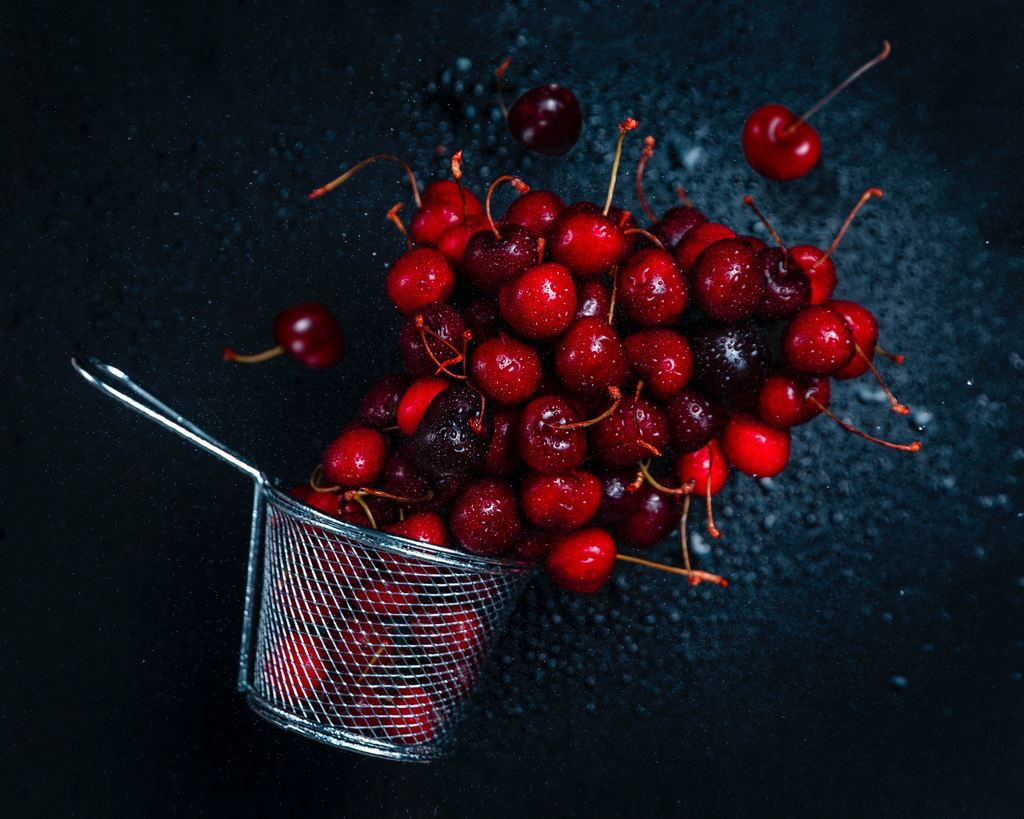 Markets and gardens are becoming more colourful and diverse when it comes to available fruit, while sweet dessert ideas fill us with overwhelming joy. It doesn’t matter whether you just like tasting them or you like to use your desserts to surprise even the most demanding of guests, sour cherries are the kind of fruit that very few people will remain indifferent to. This dark red fruit has a refreshing sweet-sour taste and a charming appearance that will take centre stage at any culinary party.

Sour cherries are an ancient fruit widely cultivated in ancient Greece and Rome where the sour cherry was obtained through hybridization of the domestic sweet cherry and the wild sour variety, which is somewhat smaller in size. Since they’ve been discovered, sour cherries have won confectioners’ imagination. Alongside their use in desserts, sour cherries are also known for their health benefits. Natural juices, smoothies or shakes make a great energy bomb to start off your day.

Sour cherries are cultivated in the continental part of Croatia and in Dalmatia. A great number of old local varieties can be found in gardens. Marasca or maraška is without a doubt the best known Dalmatian variety. Its first reference dates back to the 16th century when it was mentioned in written sources, and this variety is cultivated from Zadar all the way to Makarska. Marasca cherry is known for its exceptional aroma and fruit quality used to make a highly popular liqueur – Maraschino.

Marasca fruits are used in a whole range of desserts. One of these desserts is made in the family-run tavern Bepo in Tribunj, a small fishing town near Šibenik. Biserka Jerkov, the owner and head chef, used home-grown Marasca fruits to give family recipes a modern twist. The third generation of the Jerkov family is keeping the hospitality tradition alive, and their chocolate and sour cherry cake is prepared to Mrs Biserka’s recipe.

– Eggs, sugar, baking chocolate, butter, coarse flour, baking powder and home-grown sour cherries are added to the sponge cake. You’ll need baking chocolate, whipped cream and cinnamon to make the custard. After you remove the cake from the oven, be sure to leave to cool and drench it with sour cherry juice. I decorate the cake depending on the occasion, currently we decorate it with melted chocolate and sour cherries, Biserka explains.

A wide range of strudels, especially the sour cherry strudel, is a traditional dessert green Croatia is widely known for. If you’re on your way to the coast and you’re driving through Lika or Gorski Kotar, you’ll notice restaurants competing against each other in preparing strudels, whereas family recipes are kept secret. Fortunately, the family-run restaurant of hotel Mirjana was willing to let us in on a secret that hand-stretched homemade pastry is essential for a good strudel. Restaurant “Mirjana” is a place where you can try homemade cheese strudel with vanilla custard and hot sour cherry topping prepared to a recipe by Darko Flanjak, who is the owner and head chef. Chef Darko Flanjak explained how they do it.

– The cherry topping is made from organic cherries we get exclusively from local producers. We prefer cherries with a sour taste. In order to prepare the topping, you need to boil pitted sour cherries with sugar, rum, vanilla and with the addition of some organic corn starch, Domagoj says.

Confectioners who prefer a more contemporary interpretation of this favourite fruit also draw inspiration from sour cherries. In the renowned Zagreb Gallo Restaurant, located in the Zeleni val (Green Wave ) street, they make a real summer treat. Head chef Mira Vučković makes a semifreddo that will knock you off your feet. Mira combines interesting aromas in her semifreddo, but we definitely suggest you don’t miss out on the wild berries semifreddo with hot sour cherry sauce..