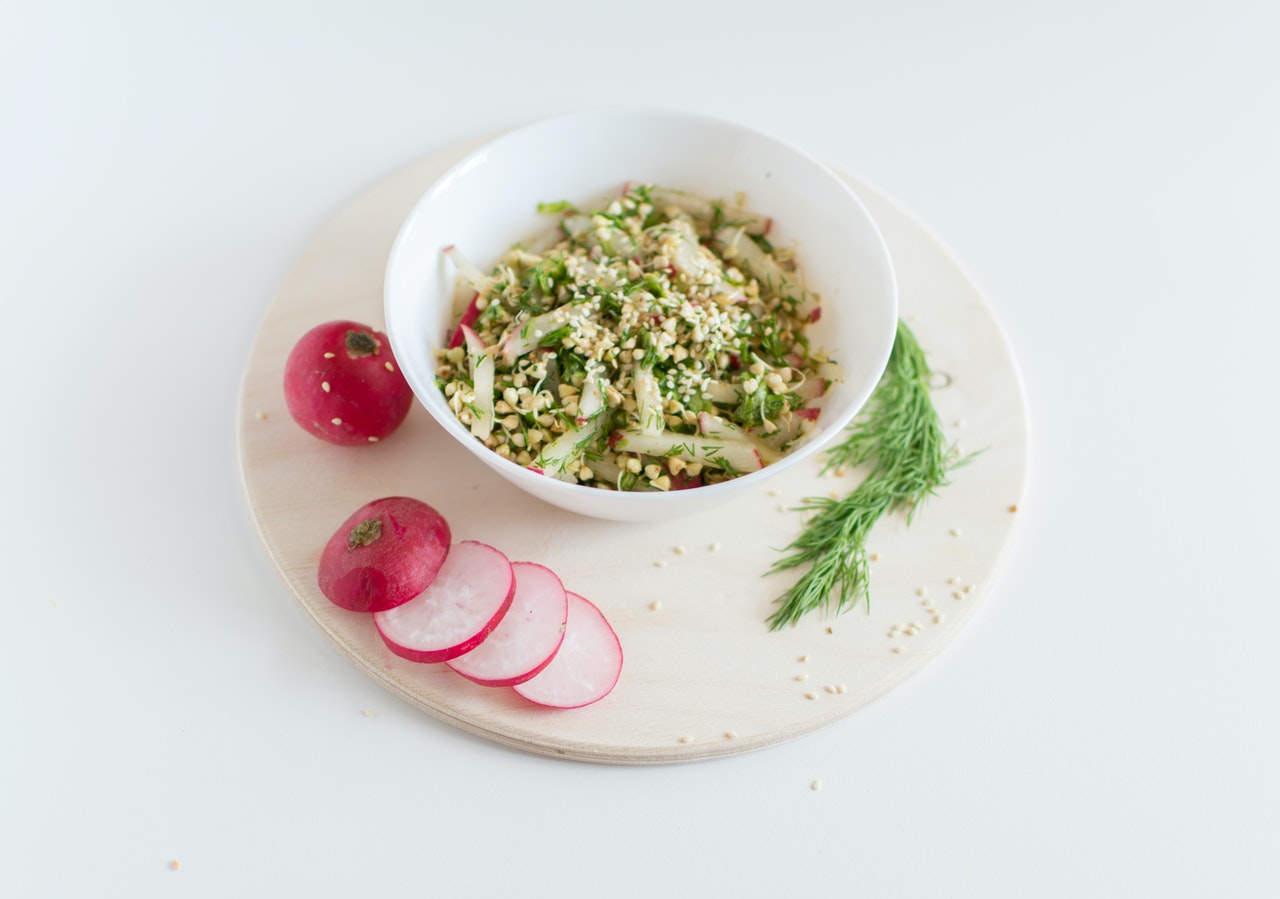 Buckwheat used to be a more widespread ingredient than it is today, but judging by the varied menus of modern restaurants, it would seem that this traditional ingredient is making a remarkable comeback. Combining it with stronger ingredients like home-made bacon or mushrooms brings out the best of it, but it’ll make a great addition to every plate of warm soup.

The biggest buckwheat-related conundrum refers to what species it belongs to. Even though we like to call it a grain, it’s actually classified as a leaf vegetable, sometime even as a fruit. Buckwheat seeds are similar to wheat seeds in size with a distinct triangular shape having sharper edges. In its original form when it’s still growing, buckwheat has especially aromatic flowers ideal for producing a healthy darker type of honey.

Aside from seeds, it’s used to obtain buckwheat flour. Buckwheat flour is particularly good for people on a gluten free diet. Buckwheat flour is a darker colour and is widely used in bread-making. But special attention should be devoted to blini, traditional Russian pancakes considered around the world by those having a sweet tooth to be a genuine delicacy.

Buckwheat is rich in minerals, reduces blood sugar levels, high pressure and cholesterol. It’s most commonly used for dietary food programmes because of its health benefits. Still, there’s plenty more to buckwheat! Its unique flavour that goes well with rustic meals makes it a superb addition to different kinds of meat and soup. When served as a side dish, it ideally complements bacon, mushrooms, leek or Brussels sprouts. Heavy meals are tendered by its fine texture, while it thickens soups such as the assorted mushroom soup.

Overcooking will not spoil buckwheat as it turns mushy making it an ideal roasting bed. Don’t forget to add some black pepper groats, a few laurel leaves and a dash of red pepper that’ll go great with it and enhance its rich flavour. If you’re preparing to entertain your loved ones by throwing a dinner party serving elaborate meat dishes, do consider stuffing your turkey or other kind of meat with buckwheat

In addition to warm dishes, buckwheat goes exceptionally well with a variety of salads. You can combine it with onion and vegetables like peppers, green beans or grated carrot. Drizzle it with home-made pumpkin seed oil and feel free to dig into this simple and incredibly delicious salad.

Međimurje and Zagorje are regions where buckwheat is typically used and this is mirrored in our restaurant offer. Bolfan Vinski Vrh, located in the municipality of Hraščina in the Zlatar wine country which is in turn situated in the Međimurje – Zagorje winemaking subregion, has widened its winter menu with a real winter dish – pork loin with penny buns served with a nice portion of organic buckwheat and vegetables. Add a glass of nice wine in the picture and visiting a new area in search of different flavours definitely pays off.

Be sure to check out buckwheat dishes at Mala hiža in Mačkovac, as well as Zagreb’s Waves & denim bar where their “winter” daily menu often offers perfect crunchy buckwheat flour pancakes.