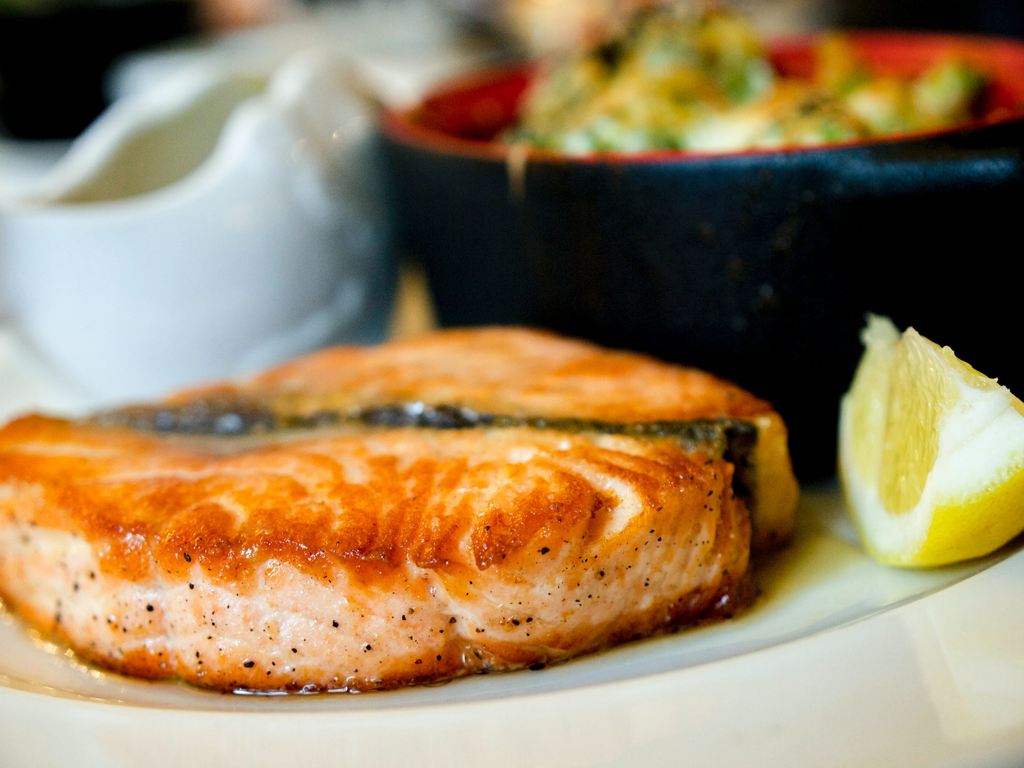 Carp – from smoke to open fire

When you have a close look at culinary tales of continental Croatia, you’ll see that the carp has earned the reputation of being a fish fit for royalty. This freshwater fish is the staple food of holiday menus, family get-togethers or when you just get the urge to succumb to hedonism.

Fiš (fish stew), which is always a bit spicy, perkelt (Pörkölt is a meat stew which originates from Hungary, but is eaten throughout Central Europe and the Balkans), soups, smoked fish or carp on a spit are just some of the cult dishes whose irresistible flavours and archaic preparation style make them the most sought after dishes.

Being a freshwater fish, carp prefer bodies of water such as rivers or lakes. They’re popular with anglers and the fact that there are about 25 fish farms in northern Croatia specialising in carp farming just goes to show that carp is the number one fish in aquaculture. Wild carp prefer muddy waters, they can grow up to a metre long, weigh up to 20 kilogrammes and live up to 50 years.

This slightly gloomy fish possesses exceptional meat that’s renowned for its sumptuous, light and somewhat sweet flavour. Carp are a frequent ingredient in a great deal of recipes because they were a staple back in the old days. Every family from Slavonia to Baranja has its own secret carp recipe. Befitting a freshwater fish, it goes best when prepared with local ingredients. Carp goes great with bacon, lard, hot ground peppers and sour cream. When it comes to side dishes, you can choose anything from potatoes, mushrooms, polenta, root vegetables or a glass of nice white wine such as Welschriesling thanks to which the drunken carp is a widely known recipe.

Carp on a spit is the most famous traditional carp dish. It’s a prime example of cooking over an open fire. This well-known specialty is the standout delicacy in ethno village of Karanac which is located in Baranja. Chef Andreja Vukojičić walked us through the process of preparing this dish at restaurant Baranjska kuća.

Restaurant Zeleni kut is located right next to Mrežnica river in Duga Resa. For over fifty years they’ve been preparing freshwater fish specialties using trout, catfish, zander and carp. Carps are obtained from the well-known fish farms in Draganić, whereas the fish are kept alive in tanks for at least two weeks. This is extremely important when it comes to carp. Given that during these two weeks the fish is kept out of sludge, it is purified and loses excess fats. That way it will be much more delicious. Head chef Tanja Puškarić told us more about fiš paprikaš and fish soup they prepare at Zeleni kut.

Family restaurant Stari Fenjeri is located near Požega. They run their own fish pond and they’re widely known for their smoked carp. Smoked carp is a traditional dish that was commonly used to prepare soups or beans. Owner Petar Odvorčić let us in on the process of making their signature dish.